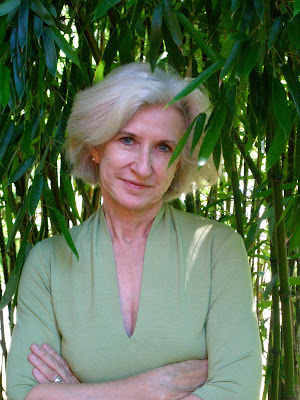 C.D. Wright is the author of more than a dozen books, most recently Rising, Falling, Hovering, which won the 2009 Griffin Poetry Prize. Wright is recipient of fellowships and awards from numerous institutions. With photographer Deborah Luster, she published One Big Self: Prisoners of Louisiana. The project won the Lange-Taylor Prize from the Center for Documentary Studies at Duke. On a fellowship for writers from the Wallace Foundation, she curated a “Walk-in Book of Arkansas,” a multi-media exhibition that toured throughout her native state for two years. In 2004 she was named a MacArthur Fellow. In 2005 she was given the Robert Creeley Award and elected to membership in the American Academy of Arts and Sciences. Wright is on the faculty at Brown University.

I published three chapbooks before I published a full-length collection. Publishing thrilled me. I could not tell how insufficient the writing was or how little it mattered “out there” that I had taken a legitimate step toward becoming what I wanted to be. When I finally had a collection accepted by a university press in a series that didn’t last long, it was instrumental in me getting a job that situated me in a place where people were reading and writing and discussing books on a routine basis, which is the place where I am today. My little red book gave me a shot at joining the brotherhood and sisterhood of writers. I was in my early thirties, not so precocious.

I didn’t mean to, but when I submitted pages of “stuff” to a graduate program its utter lack of intelligibility fused with my wordwhoriness and knack for transcribing speech drenched in a regional accent – cast my lot with poetry. I learned to more or less arbitrarily arrange the material into free verse stanzas and affix a title. Very rudimentary. Once I encountered the poetry of Frank Stanford, I at least glimpsed what I was aspiring to--something tender and wild and hard to categorize.

There’s not a thing about this process that comes easy. I sweat and suffer every syllable.

Readings are social. They terrify me, but I do love the contact. I am not the best listener. When I attend a reading, it is not to listen, but to hear and to see someone render their words physical. When I want to listen to them, I sit down with their words in private. Listening is not social.

I think too subjectively and concretely to grasp the tailfeathers of a theory. The famous title of Gauguin’s famous painting, “Where do we come from? What are we? Where are we going?” – those questions are still worth contemplating. Lately, I have been taken with the famous title of Goya’s most famous Capricho, “The Sleep of Reason Produces Monsters” prompting me to wonder if the sleep of monsters might produce reason, and more worrily, do monsters ever sleep?

We are always being edged out. Very well then, from the edge, give “them” hell. The more irrelevant language is treated, the more central it should be.

Old-school editing may come into play at a big house with a young writer who has potentially written a hit. With a small house, it is a question of fresh blood that can be put in circulation if it is filtered. This what I think, editing is most essential to bringing new writers into the frame.

Advice I could actually apply has most often come in the form of an indirect message attached to something a writer or other artist has said in my company or any number of statements a writer or other artist has put down, usually with respect to their own process. I remember Angela Carter saying that when asked about dialogue, she admitted she had never been very good at it; so she tried to use as little speech as possible. Or Marianne Moore writing, “If you tell me why the fen is impassable, I then will tell you why I think that I can cross it if I try.” Or Barbara Guest, “A poem should tremble a little.” Or Samuel Beckett, “To find a form that accommodates the mess…” Picasso, “To have so much technique that it completely ceases to exist. The technique does its job and you have only to busy yourself with what you are trying to find.” A cast of quotes stands in now for whatever anyone said to me with the goal of instruction, which is not to say that people did not say things to me I found useful – I just have not retained them if I have not specifically recorded them.

I don’t move between genres so much as I live there. It took a long time to find my habitat.

In Rhode Island, it is the salted air from the Bay. In my original home, maybe, skunk which I always find interesting and somewhat fetching (though there is a very specific skunk pocket near the town line, next to Hundred Acre Cove. I would guess at least five generations have manufactured their scent at the location since we’ve lived here).

So many, it may be fruitless to start naming. I can manage a random roster. The first contemporary to impact on me was Frank Stanford. The Battlefield Where the Moon Says I Love You took the top of my head off. It instilled in me a love for the raw, untamable, unstoppable word. Stanford introduced me to a lot of poetry, including Merwin, whose poetry has abided by me. A single poem has carried me (“The Day Lady Died”) to the next station. Single books have set my compass in rotation. When I first moved to California I picked up a book by Ron Silliman, Ketjak. Hmmm, the city. While I was living out there, a friend who owned a wonderful bookstore in Palo Alto introduced me to The Collected Books of Billy the Kid. Magic act. My husband published a chapbook-length poem twenty years ago Eggplants and Lotus Roots that churned inside me. Cole Swensen published a wee, glowing book called Park. About seven years ago Forrest gave me Inger Christensen’s alphabet; it sort of saved me, that time. He turned my head toward Creeley and Oppen, and scores of others. I reap from what he weeds. All who knew him, who knew the music are grieving the death of singer-songwriter Vic Chesnutt. I have been listening to him in the car, on the computer, in the kitchen. No better lyricist. A massive talent.

I think I’ll stop with Vic.