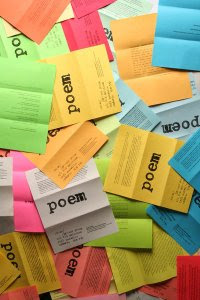 On August 13, 2009 at the Ottawa Art Gallery, Ottawa’s above/ground press celebrates sixteen whole years, with launches and readings by Roland Prevost, launching his Our / Are Carried Invisibles, and Phil Hall, launching Verulam, with other forthcoming publications by Ken Norris, rob mclennan and Emily Carr, as well as the “lucky thirteenth” issue of The Peter F. Yacht Club.

Sweet sixteen. Where is MTV when you really need them? It seems strange to me just how long I’ve been producing chapbooks, broadsides and other material through above/ground press over the past nearly two decades. Focusing on poetry chapbooks that, for aesthetic reasons, might never win a design award or a bpNichol Chap-book Award, but have produced some of the finest writing by some of the finest writers in Canada and beyond, favouring availability and distribution over limited-runs and a particular hand-made precious beauty. But what exactly is beauty?

The doors open at 7pm, with the reading beginning at 7:30pm. Lovingly hosted by above/ground press publisher/editor rob mclennan.

Roland Prevost recieved the 2006 John Newlove Poetry Award (judge: Erin Mouré). His poetry has been published in two previous chapbooks: Metafizz, Bywords, 2007; Dragon Verses, Dusty Owl , 2009. He has also appeared in Ottawater 3.0, and Ottawater 5.0, above/ground press, Variations Art Zine, Bywords Quarterly Journal, Peter F. Yacht Club, Angel House Press, among others. He was the managing editor of poetics.ca for two years, and currently acts as the managing editor for 17 seconds, an online journal of poetry & poetics. Late at night, he loves to look at the deep sky through his various telescopes.

Phil Hall was born in 1953 & raised on farms in the Kawarthas region of Ontario. He attended the University of Windsor in the 70s, where he received an MA in English & Creative Writing. His first book, Eighteen Poems, was published in Mexico City in 1973. Since then he has published 13 other books of poems, 4 chapbooks, & a cassette of labour songs. He is also a publisher of broadsides & chapbooks under his Flat Singles Press imprint. In the early 80s he was a member of The Vancouver Industrial Writers’ Union. In the early 90s he was Literary Editor at This Magazine, & also edited a shortlived literary journal called Don’t Quit Yr Day-Job. Among his titles are: Homes (1979), Old Enemy Juice (1988), The Unsaid (1992), & Hearthedral—A Folk-Hermetic (1996). Trouble Sleeping (2000) was nominated for the Governor General’s Award for poetry. In 2005, Brick Books (celebrating 20 years as Hall’s publisher) brought out An Oak Hunch, which was nominated for the Griffin Poetry Prize in 2006. Hall has taught writing & literature at the Kootenay School of Writing, York University, Ryerson Polytechnical University, & many colleges.He has been poet-in-residence at the University of Western Ontario, the Sage Hill Writing Experience (Sask.), The Berton House in Dawson City, Yukon, & elsewhere. In 2007, Book Thug published Hall’s new long poem, White Porcupine, & also a revised second edition of his essay/poem, The Bad Sequence. Over the years, Hall has collected two full decks of random playing cards from the streets, numerous albums of found photographs, & too many boxes of paper ephemera. He calls all this junk “The Pedestrian Archives.” He is learning to play clawhammer banjo.