Rob MacDonald lives in Boston and is the editor of Sixth Finch. His poems can be found in Gulf Coast, jubilat, Washington Square, BOAAT, Birdfeast, H_NGM_N and other journals.  He is the author of Situation Normal (Rye House Press) and Resuscitation Party (Racing Form Press). 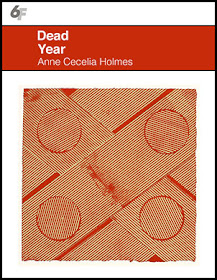 1 – When did Sixth Finch Books first start? How have your original goals as a publisher shifted since you started, if at all? And what have you learned through the process?
I started the online journal back in 2008, and once that was going smoothly, I decided that we ought to expand to chapbooks in 2013.  I'm not sure that the goals have changed significantly; we're always aiming to get great work into people's hands, and we try to do justice to that work by designing books well.

2 – What first brought you to publishing?
After I finished my MFA at Emerson, I felt like I wanted a way to stay connected.  I also felt like conversations among creative people were too rare and too segregated.  Poets talk to poets.  Sculptors talk to sculptors.  Musicians talk to musicians.  I was hoping that I might be able to bring those people together or at least get them looking at what's happening outside of their own disciplines.

3 – What do you consider the role and responsibilities, if any, of small publishing?
Early on, I needed to rely on friends to contribute to Sixth Finch and get things rolling, so the first few issues were heavy on poems that struck a chord with me.  Then Roberto Montes served as poetry reader for a while, and now Dara Cerv is in that role; they've both stretched me to bring in a wider variety of voices.  I'm feeling an obligation to keep stretching, and I'm confident that we're getting stronger as a result.

4 – What do you see your press doing that no one else is?
Our commitment to visual art is serious, and we take pride in putting some of the top contemporary artists alongside our poets.  The art isn't decoration; it's content that's just as important as the writing. 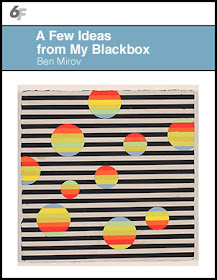 5 – What do you see as the most effective way to get new chapbooks out into the world?
I'm not sure.  I know that we've done very well by simply selling the chapbooks through our site, and we've also done well at AWP.  A handful of independent bookstores have asked to carry our chapbooks, too, and we're grateful to them.  Any time someone has a new suggestion about how to get the books to people, I'm open to it.  The truth is that I'm perfectly happy to break even on the whole operation, so when you say "effective," I measure that based on books, not dollars.

6 – How involved an editor are you? Do you dig deep into line edits, or do you prefer more of a light touch?
I've let the poets set the tone.  Some people want a lot of help with the details, and I'm happy to offer my two cents about every comma and every line break.  Other people have already nailed down final drafts before submitting, so they don't need (or want) that sort of editing.  I'm fine either way.  The goal is for poets to feel great about the final product.

7 – How do your books get distributed? What are your usual print runs?
We've generally started with 150 of each chapbook, and we've gone to a second run on everything except the brand new ones.  Based on how they're selling, I'm confident we'll need to do a second run of them, too.  Maybe we should start with more than 150, huh?

8 – How many other people are involved with editing or production? Do you work with other editors, and if so, how effective do you find it? What are the benefits, drawbacks?
We're a small team right now: Dara Cerv, Jaime Zuckerman and Katie Hibner make up the rest of the team.  They're great, and I don't miss the days when I was doing it all myself.  It's clear that different perspectives lead to a better product.

9– How has being an editor/publisher changed the way you think about your own writing?
I feel even more determined to write poems that stand out.  Being an editor helps me see how easily poems can slip into the familiar and helps me fully appreciate work that's offering something new.  I'm holding my own work to higher standards now because I'm used to being very selective as an editor. 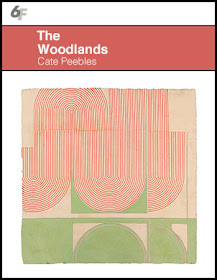 10– How do you approach the idea of publishing your own writing? Some, such as Gary Geddes when he still ran Cormorant, refused such, yet various Coach House Press’ editors had titles during their tenures as editors for the press, including Victor Coleman and bpNichol. What do you think of the arguments for or against, or do you see the whole question as irrelevant?
I wouldn't feel comfortable publishing my own writing, but I've got no strong feelings about what other editors do.  The etiquette around that stuff doesn't interest me at all.

11– How do you see Sixth Finch Books evolving?
Maybe we'll give full-length books a shot.  Maybe we'll put out some sort of "Best Of" collection when we hit our 10-year anniversary.  I'm not sure.  So far, we've grown in a very organic way, so we'll probably stick to that approach.

12– What, as a publisher, are you most proud of accomplishing? What do you think people have overlooked about your publications? What is your biggest frustration?
I don't know about "proud," but when I look back at all the work we've put out over the years, I'm definitely grateful.  We're a small operation, and I'm not really sure how we got where we are, but I appreciate the fact that so many people continue to trust us with their work.

13– Who were your early publishing models when starting out?
I don't know that I thought of them as models, but I was excited to see places like Octopus, H_NGM_N and diode putting great poetry online, consistently publishing work that was more exciting to me than what I was finding in print journals. 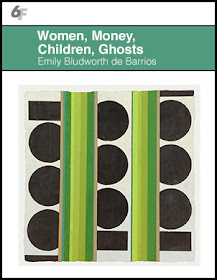 18– Tell me about your most recent titles, and why they’re special.
This year, we put out four chapbooks, and they cover a pretty wide spectrum.  I asked all four poets to write a little bit about their books, and I think that their answers show how different their voices and styles are:

Anne Cecelia Holmes: The poems in DEAD YEAR are a gut-punch to living with trauma and grief—raw and unapologetic elegies to loss of self and an attempt to gain it back. The chapbook steps into the muck of abuse and violence and sends dispatches from the muck, all the while working to reconstruct hope and a way forward.

Ben Mirov (on A Few Ideas from My Blackbox): I wrote these poems pretty quickly. Most of the advice they contain is bad. Sorry.

Cate Peebles: I wrote The Woodlands after leaving Brooklyn and moving to Pittsburgh, a city that somehow still has wilderness bursting through its seams; the trees and animals are as much a part of the landscape as bridges and old factories turned into condos. This insistent, stubborn wildness made its way into my language and shaped these semi-punctuated bursts.

Emily Bludworth de Barrios: One image I had specifically, when imagining an audience for the poems of WOMEN, MONEY, CHILDREN, GHOSTS (and I did think "audience," as in an assembled group of listeners, as opposed to individual readers), was that hearing these poems would be like being both gently and forcefully pushed around by waves. Not an intellectual experience, but a physical one, being thrown against, tumbling through, the sounds repeated and mixed with the connotations flaring up and dying. (Like standing inside a building as opposed to looking at a photo of a building or studying its architectural plans.) So hearing or reading the poems could be like swimming in strong waves, or like being the tongue of a bell (making a helpless, inevitable, jarring, natural, intermittent, sensical noise).