12 or 20 questions: with Daphne Marlatt 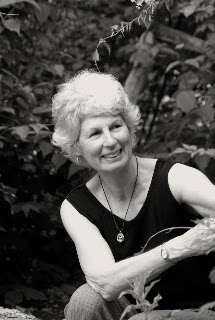 West Coast writer Daphne Marlatt has written over twenty books of poetry, fiction and essays, notably the poetry collections This Tremor Love Is, Salvage, Touch to my Tongue, and Steveston, and the novels Ana Historic and Taken. She has worked as an aural historian and as an editor for a number of little magazines, including the feminist journal Tessera, which she co-founded. Spring 2006 saw full production by Pangaea Arts of The Gull, her contemporary Noh play about Steveston’s Japanese-Canadian fishing community. In early 2007 she was the Markin-Flanagan Distinguished Visiting Writer at the University of Calgary and has just completed a fall Writer-in-Residence position at McMaster University. This spring (2008) she will be launching her new long poem The Given from McClelland and Stewart.

i can't say its publication changed my life in any drastic way (it was after all only an odd title by a very young woman poet), but the editing/rewriting of that manuscript taught me a lot. looking back on Frames of a Story, i think it signalled a recurring genre blur in my future writing, though i didn't know that then. when Earle Toppings at Ryerson told me that my ms. of short prose pieces in a sort of minimal narrative spinning off the Anderson fairy tale, The Snow Queen, was too poetic and would work better if some of it was broken into lines, i discovered that i couldn't just break prose into lines that would work as poems. i had to rewrite them. i also discovered that whereas conversational tone and momentum (the rhythms of longer phrases) seemed to me what prose was about, image stilled in a moment, even a musical moment, demanded a much closer attention to each word so my lines tended to be short. prose stretched, poetry contracted. how to put these two together has pretty much obsessed me since.

I don’t see how geography could fail to impact on my writing, living here in this city I always return to. despite its rapidly increasing density, its blind of highrises, Vancouver is still overwhelmed by its terrain – mountains, sea & river arms, & yes, its coastal rains. Of course gender impacts on my work, & has almost from the beginning. I’ve written about this so often I’m not going to repeat myself. Just curious about why you pair gender and geography, aside from both starting with soft g’s?

They’re very much part of the process because I find giving a reading involves listening to how the piece crosses that physical gap between the audience & me. This tells me where the writing goes flat, loses its verbal tension. It often shows me what can be cut or what needs further teasing out. Often I don’t have the opportunity to do this with a work before it’s published, which is why I was very happy to have the chance to read the whole of a slightly earlier version of The Given to people in the creative writing program at the U. of Calgary a year ago. It’s such a generous thing for people to do, agree to sit for a couple of hours or more (with breaks of course) to hear a whole manuscript.

I’ve had both language and feminist concerns behind a lot of my writing, as Readings from the Labyrinth demonstrated. Given the rapidly increasing environmental crisis we’re all facing, these seem to have morphed into the urgent concern: how to live in a way that respects the infinitely complex living networks (all species networks, not just human) that we are part of. language, as a verbal network, reflects to a certain extent the complexity of this undertaking. how break the bias of a solo-centric point of view to admit some of the multitude of other co-existent points of view? how speak or even listen with care within our cultural cacophony that over-rides silence & all its resonances?

Despite early possessiveness about “my” work (& the work is never one’s alone) I’ve found it very helpful to have an outside take. I started out in writers’ groups where there was a lot of active response. My first experience with a professional editor was with Earle Toppings at Ryerson who worked closely with me, and then at Coach House, where other writers voluntarily worked as editors, I was lucky to have both Michael Ondaatje & bp Nichol. Karl Siegler at Talonbooks has given me useful critical response. And at Anansi, I was fortunate to have Martha Sharpe and now at M&S Anita Chong. For both Taken and The Given there has been the close eye of Stan Dragland [see his 12 or 20 questions here]. So I’ve been blessed with good editors as well as with a handful of deeply appreciated writing friends who have given me their individual responses to a manuscript.

Harder. There’s the not wanting to repeat myself and so a setting of formal hurdles higher & higher. There’s the constantly evolving public critical dialogue that plays a part in what I write, sometimes generatively, sometimes negatively. And, quite simply, everything, even writing, seems to take longer with aging. Perhaps it’s that I want to go deeper against the cultural surface rush -- I’d like to think so.

This morning as most mornings. I love their range of colours – red, green, yellow, brown -- their elegant shapes, the European provenance of their names – Anjou, Bosc, Bartlett, Comice -- & then the Asian pears, crisper than apples. I love the surprising juice of such firm flesh.

Roy Kiyooka’s “You write what you are given to write.”

Musically, prose & poetry feel different – longer syntactic possibilities in prose, longer rhythmic waves. And then in fiction the larger patterns of character & narrative movement, the appeal of dialogue & speaking voice in tension with other speaking voices.

I wish I had typical days. Much as I try to start work in the morning, life demands interrupt. I live with my partner & our dog & cat. We have extended family & the complexities of those inter-relationships. I belong actively to at least 2 different communities, a writing one & a Buddhist one, not to mention my urban neighbourhood which, unusually for the inner city, has a strong sense of neighbourliness. Nevertheless, I try to start work sometime in the morning & go into the afternoon. E-mail, through which all writing business is conducted these days, is definitely a time-sponge.

I’ll leave that to the critics.

This changes, as everything changes, depending on what I’m currently working on. While I was writing my Noh play, I read other Noh plays in English as well as haiku and Dogen. But when I’m writing poetry I’m often reading novels. When I’m working on narrative, I read both novels & poetry as well as a lot of nonfiction, depending on what I’m researching for the narrative. Writers I’ve returned to again and again over the years, those who have preceded me & taught me by example, have been Virginia Woolf, HD, Gertrude Stein, Dorothy Richardson, Marguerite Duras, William Carlos Williams, Robert Duncan & Robin Blaser. Then there are those of my contemporaries whose work I follow with great interest, but this list would get too long to mention all of them.